There is nothing unethical about considering whether our foreign policy was responsible for motivating the killers of Drummer Lee Rigby. However it is complete bollocks as a theory. One of the killers* was filmed taking part in the infamous Islamist demonstration in London back in 2007 in which placards declaring "Behead those who insult Islam", "Freedom Go To Hell" and "Europe- Prepare for the real Holocaust". What foreign policy actions had offended them to the point where there were on the streets of London lost in a vicious mood calling for murder and genocide? Was it civilian deaths in Afghanistan? The unauthorised use of force in Iraq? No, it was some fucking cartoons. Foreign policy may matter at the margins of terrorism, but the underlying cause is an insane, ignorant and chauvinistic death cult which needs to be eradicated. * They haven't been convicted but seeing as they were filmed with bloody weapons telling everyone why they did it, it seems silly to say "alleged" killers.
Posted by Ross at 4:12 PM 5 comments:

Email ThisBlogThis!Share to TwitterShare to FacebookShare to Pinterest
Labels: Islamism

Yet another "Asian" gang has been convicted of grooming and raping white girls. Most people outside Guardian towers now accept that political correctness and fear of being branded racist played a part in the decision to abandon the victims to the crimes. Personally I wonder whether the police would have let Asian paedophile gangs run wild before they were MacPhersoned. Two other points are worth making. Among a subset of British Pakistani men there is a deeply unpleasant attitude to women and to non-Pakistanis. I do not wish to imply that all British Asians are like this- no doubt Nazir Afzal, the prosecutor who did so much to expose these cases is far more typical of British Asian men than the convicted child molesters. However it is clear that a significant minority do basically look on white females as slags. The other cultural issue is among the majority population, that is to say white British people. How have we got to a situation where in such a varied array of towns- Oxford, Rochdale, Derby... there are significant numbers of young children who are wondering the streets on their own without any adult care? Perhaps family breakdown plays a part, although I've heard from someone who works with the CPS that in the Derby case at least, the parents of some of the girls had tried desperately to stop their daughters going out at all hours of the day and night but were powerless to do anything.
Posted by Ross at 9:10 PM 1 comment:

Romanians and Bulgarians will soon be allowed to travel freely throughout the EU, including to the UK. A few years ago most of the rest of Eastern Europe was allowed to join the EU resulting in large scale immigration to the UK, especially from Poland.

A few years ago I worked out the incarceration rates by nationality in the UK, these are the figures for the number of people in prison in England per 100000 people, for various nationalities of Eastern Europe:

Whether it is good or bad, Romanian immigration will be very different from that which we have already experienced.

Update: There is an interesting observation in the comments from Stelucia (who I assume is Romanian):

Romanians have already the right to travel freely without a visa in all EU countries. What they don't have yet are full workings rights within EU, which is something completely different.
This policy of restricting workings rights produced a negative selection: honest, hard working people remained in Romania.

If you imagined a country where they selected British emigrants in such a way as to mostly get criminals you'd end up with a situation where the emigrants were not typical of Britain as a whole. Come to think of it, I think that I have just described Australia.
Posted by Ross at 7:56 AM 7 comments:

So what is going on?

Are the Israelis intervening on one side of the conflict? Although Syria does back Hamas and Hezbollah the regime surely poses less threat to Israel than a potential Islamist run Syria.

Perhaps they just want to destroy Syria's chemical weapons in order that the rebels don't get control of them or so the regime doesn't try to give any of the weapons to one of it's terrorist clients.
Posted by Ross at 12:41 PM No comments:

The Votes Are In

The results of the voting should be taken very seriously by the government.

Despite being ridiculed in the media and generally being treated as nothing more than a set of overexposed tits with no real substance, the country has shown a real appetite to support the outsider with backing being won in the North, the South and the Midlands.

So congratulations to Helen Flanagan on being voted the sexiest woman in the UK. 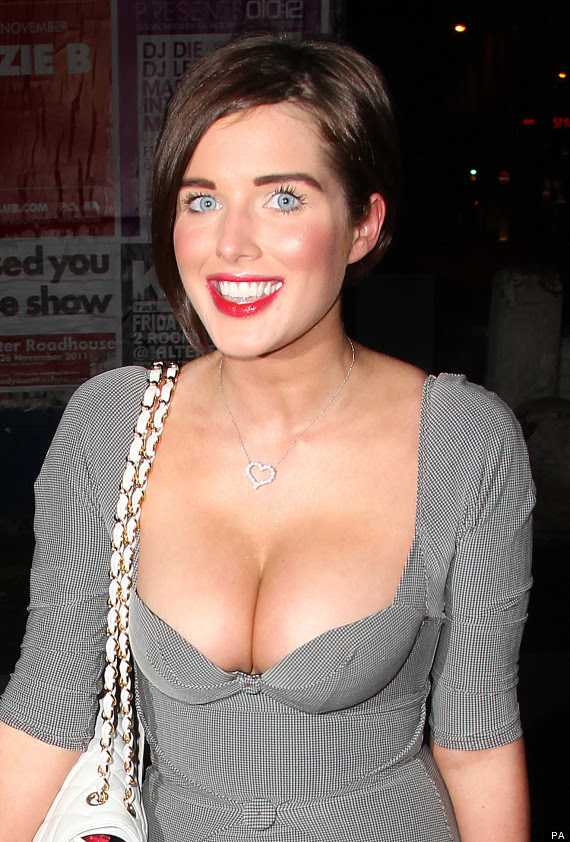