The Politics Of The Street

Six Asian Muslim men have pleaded guilty to charges of planning a terrorist attack on an English Defence League* march in Dewsbury.

However violently attacking the EDL when they exercise the right to protest is tacitly supported or at least tolerated by many in the mainstream society. The organisation "Unite Against Fascism" has repeatedly launched violent attacks on the EDL yet that didn't stop the likes of David Cameron lending his support to this Socialist Workers Party front group.

Once people start romanticising street brawling as a means of opposing movements that you oppose it seems harsh to jail people for taking the idea half a step further.


* I'm not under any illusions about the EDL, which does include many out and out fascists. Fun EDL anecdote- I was in Penzance a few months ago for work reasons and briefly spoke to someone managing a pub.

He asked where I was from and when I replied "Northampton" his follow up question was "what do you think of all the blacks?", I mumbled a polite reply.

He then told me that his mate Chris, who was a shopfitter from Weston Super Mare, had founded the EDL before being marginalised by someone called Tommy from Luton who spent all the EDL's money on cocaine. Chris had now launched a secret breakaway group called the "English Volunteer Force".
Posted by Ross at 8:33 PM 1 comment:

Most self proclaimed Keynesians only support the first part of that equation and also favoured ever rising public spending during the boom years. When Gordon Brown during the first four years as Chancellor, ran a surplus he berated by pundits and politicians in his own party for being stingy (after 2001 he turned into the spendthrift idiot we know and love).

However despite the political difficulty of running a surplus during a boom the basic theory makes sense. Which is why I am beginning to wonder whether it is time for a cut in VAT* to pump up the economy.

A cut in VAT would not undermine the ongoing project of reducing the rate at which government grows- but it would have an immediate effect in terms of boosting consumer spending.

* Of all the proposed stimulus methods, only a tax cut makes sense to me- as Barack Obama found during his stimulus programme- there are no "shovel ready" government programmes that can be started quickly enough to boost growth.
Posted by Ross at 4:24 PM 1 comment:

Email ThisBlogThis!Share to TwitterShare to FacebookShare to Pinterest
Labels: Economy

In an otherwise very interesting article about declining crime rates in the UK and the West more generally the Observer's Andrew Rawnsley discusses possible explanations:

More immigrants. (Immigrants are less likely to commit crime than the indigenous population.).


This is in fact the opposite of what actually occurs. Foreign nationals make up about one seventh of the UK prison population which is far greater than their percentage in the population. That doesn't even take into account those immigrants who are now UK citizens. In some European countries foreign nationals make up an even higher percentage of the prison population. So unless our justice system is racist on a scale that makes Apartheid South Africa look like paradise his claim cannot be true.

What I suspect Andrew Rawnsley has done is either import a meme from the USA (because in the States immigrants do have a lower crime rate than the population at large.) or he has swallowed misleading propaganda from the likes of ACPO.
Posted by Ross at 7:27 AM 2 comments:

The police are investigating more tweet crimes, including those of a blogger and those of a former youth crime commissioner. Tweet crimes are like normal crimes except they occur on Twitter, don't cause any harm to anyone and the police don't need to get off their arses to investigate them.

The commissioner is Paris Brown who wrote some tweets that "could be considered offensive" when she was 14 or so. One would have thought if there were likely to be incite crime then that would be evident in the years since she wrote them. The blogger is "Old Holborn" who was trolling Liverpudlians with comments about the Hillsborough disaster. They took it very badly- no one thought to tell them to "calm down, calm down!". However no one was harmed by his tweets.

The police have no business regulating petty insults and drunken boasts and it is worrying that they are unable to realise this.
Posted by Ross at 12:42 PM 5 comments:

The death of Margaret Thatcher has brought the IRA hunger strikes back into the news, with a lot on the far left of British politics and the far right of Irish politics blaming her for their deaths.

What the hunger strikers wanted was to be granted political status- not to be treated simply as common criminals.

Yet when after 9/11 the United States refused to treat captured terrorists as criminals but instead granted them a special status- in Guantanamo Bay- many people were outraged, and that includes almost all those on the far left who blamed Thatcher for letting the hunger strikers do the decent thing.
Posted by Ross at 11:10 AM 3 comments: 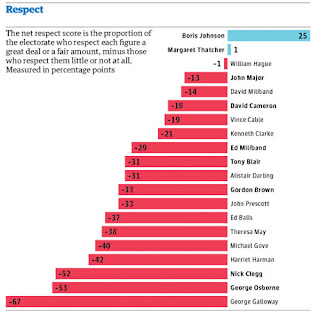 These "celebrations" are about thuggery and intimidation- trying to dominate the public space for one fringe outlook.
Posted by Ross at 11:34 PM 3 comments:

Hat tip to Mark Wadsworth for the latest addition to the "Putin is in the closet" file.
Posted by Ross at 6:35 AM 6 comments: